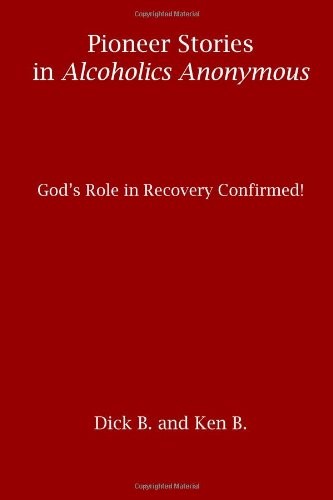 Alcoholics Anonymous (the “Big Book”) is the basic text for the A.A. recovery program. The first edition of the Big Book published in 1939 contained 29 testimonies by A.A.’s pioneers which spoke of the highly-successful recovery program A.A.’s cofounders, Bill W. and Dr. Bob, began developing together over the summer of 1935. And those pioneer testimonies highlighted the roles played by God, His Son Jesus Christ, and the Bible in the 75% overall success rate A.A. claimed for the 1935-1939 period among “seemingly-hopeless,” “medically-incurable,” “last-gasp-case,” “real” alcoholics who thoroughly followed the original Akron A.A. “Christian fellowship” program. Sadly, A.A. decided not to include 22 of the original 29 personal stories in the second edition of the Big Book published in 1955. And when A.A. published the fourth edition in 2001, they chose not to include another four of the original first edition personal stories. So today, only three of the original 29 pioneer testimonies included in the “Personal Stories” section of the 1939 Big Book remain. The discarding of 26 of the 29 testimonies contained in the “Personal Stories” section of the 1939 edition of the Big Book worked a great disservice to A.A.’s recovery ideas. The first portion of the 1939 Big Book contained chapters written by Bill W. in which he presented “the new version of the program, now the ‘Twelve Steps.’” (See Alcoholics Anonymous Comes of Age, 162.) Bill W. fashioned this “new version of the program” in mid-to-late 1938 from the teachings of Rev. Samuel M. Shoemaker, Jr. The second, larger portion of the Big Book contained a “Personal Stories” section comprising more than one-half of the book (pp. 180-396). The “Personal Stories” section contained testimonies by early AAs as to how they recovered from their alcoholism in 1935 and later by the power of God. Many of those A.A. pioneers prayed, studied the Bible, observed Quiet Time, believed in God, came to Him through His Son Jesus Christ, and then helped others. And the 18 of those 29 pioneers who were from the Akron-Cleveland area were testifying to the effectiveness of original, seven-point Akron A.A. “Christian fellowship” program which John D. Rockefeller’s agent, Frank Amos, documented in his February 1938 report to Rockefeller quoted in part on page 131 of DR. BOB and the Good Oldtimers. Thus the first edition of the Big Book gave a divided picture of the A.A. society. On the one hand, the first portion of the book—the portion today called “the first 164 pages”—contained Bill W.’s “new version of the program.” And the second portion of the book—the 217-page “Personal Stories” section—contained many accounts which testified to the original, highly-successful Akron program. But the original personal stories did not survive for long. They were systematically removed from the Big Book, edition after edition, and replaced by what A.A. claimed were stories which better represented the growing diversity among the Fellowship members. Thus the early A.A. account of how the pioneers got well using the “Christian fellowship” program developed in Akron beginning in mid-1935 largely disappeared with the discarded stories. We present here relevant selections from the accounts of the pioneers showing how they relied on God and got well. In those early years, there was no Big Book; and, as A.A. cofounder Dr. Bob stated in last major talk: “When we started in on Bill D., we had no Twelve Steps, either; we had no Traditions. But we were convinced that the answer to our problems was in the Good Book.” (The Co-Founders of Alcoholics Anonymous, 13). There were also no “drunkalogs” and no meetings as we know them today. They just quit liquor for good, sought God’s help, endeavored to obey His will, grew in their understanding of Him, and then helped newcomers. The same Creator of the heavens and the earth who helped early AAs can help AAs and others in recovery programs today.

Alcohol addiction can ruin your professional and Personal life. 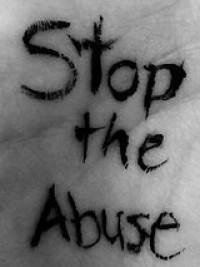 I was so sad to hear about the Virginia incident. I do not want to speak too much about the person who murdered other before he took his own life because i assume there is going to be quite a lot of information about his past that come about. I assume there are a lot of factors that would